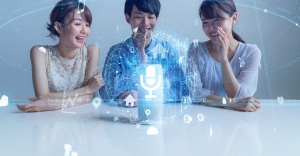 For Search Marketers, unmodified broad match has long been the lowest “don’t go there” option in targeted, profitable search campaigns.  For those unfamiliar with keyword match types, broad match means that the designated keyword can appear anywhere in any user search string, or maybe not at all if Google or Bing’s algorithms deem that there is a “match”. Broad match can be “modified” by insisting that one or more words are included, but unmodified broad match is something of a dumping ground for random, long, or even untargeted queries.

We used to joke that Google threw everything but the kitchen sink into unmodified broad match traffic, so you can imagine our laughter (and tears) the day we found the query “kitchen sink” in a query report on an enterprise software keyword. As data-driven marketers it is this type of example that has trained us to hate, fear, and loathe unmodified broad match.

But then voice search came along.

Broad match wasn’t as useful prior to voice search because typed search queries enforced a more limited range of query behaviors.  Voice search changed that.  Natural language is richer than typed search queries and therefore more nuanced and more varied. Add in Google’s developments in contextual understanding of threaded voice queries and suddenly the query range isn’t just long tail, it’s hyper-long tail. Tools are needed to capture this incredibly varied source of targeted searchers. And it turns out there is just such a tool: unmodified broad match.

Hopefully, the ad networks will carve voice search into a unique addressable audience where we can target and optimize separately, but for now old tricks might be the best for a new dog.

Why Agile Works for Us